Treatment for Individuals with Alopecia Areata is Promising 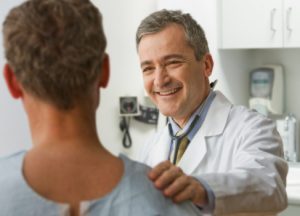 Researchers in Tokyo have just recently reported that patients who suffer with alopecia areata (AA), a specific type of hair loss, show a “favorable prognosis” when it comes to hair regeneration. The new study was conducted at Tokyo Medical University and was recently published online via the Journal of the American Academy of Dermatology in late September of this year.

Dr. Masaki Uchiyama, M.D., led the Japanese research team at Tokyo Medical University as they surveyed 1,030 alopecia areata patients over the course of 3 years. During that time, researchers evaluated the improvement or cure rate of the participants as they engaged in different hair loss treatments for alopecia areata symptoms. Specifically, researchers noted the following:

1. Severity: The degree to which hair loss affected the body was measured, including the number of affected areas as well as their size and proximal location on the body.

2. Treatment: The method of treatment was noted for each patient, giving researchers a cross-section of different treatment modalities to analyze.

3. Improvement: During the 3-year period, researchers assessed the regrowth of body hair for each participant, specifically by noting the regeneration of vellus hairs.

4. Cure Rate: Instances in which symptoms of alopecia areata were “cured” were also recorded.

As the study drew to a close, Dr. Uchiyama’s team found that patients who exhibited regeneration of vellus hairs also showed a significantly higher improvement in the reversal of alopecia areata symptoms. In general, these improvements meant hair regeneration. In some cases, however, improvements translated to the complete reversely of hair loss.

Most noteworthy, however, is the following: The rate of improvement (or cure) was affected by neither the chosen treatment method nor the severity of the patient’s unique condition.

“Our study suggested that there was no statistically significant influence of the initial treatment modalities on the prognosis of AA patients with severe hair loss, including both RPAA and chronic persistent AA,” Dr. Uchiyama and his research team concluded (i).

To learn more about alopecia areata, readers are invited to review the Frequently Asked Questions (FAQ) guide below:

1. What is alopecia areata?

2. What are the symptoms of alopecia areata?

Symptoms for alopecia areata may differ from patient to patient, however they generally include:

3. What are the causes of alopecia areata?

Researchers are still studying alopecia areate to better understand the root causes of the condition. Though research is still ongoing, it appears that the condition may be caused by two main factors:

4. How is alopecia areata diagnosed?

Alopecia areata is best diagnosed by a licensed dermatologist or skilled hair transplant surgeon. Typically, a simple and painless hair loss evaluation will diagnose the condition while also mapping the proper course of treatment.

Sources for this report include: