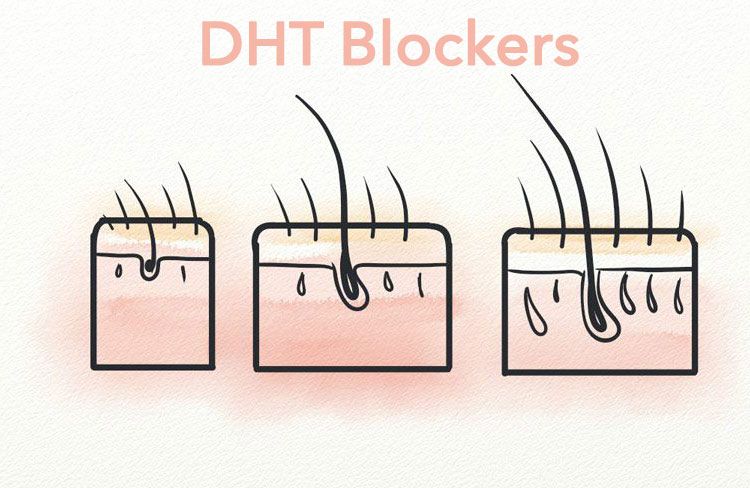 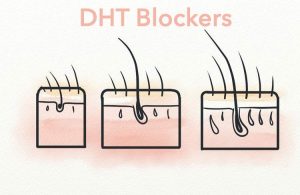 Exploring and considering the full range of treatment options for hair loss are essential steps in developing a hair loss prevention plan. Those options can include hair transplant surgery, low-level laser therapy, stem cell therapy, and prescription treatments such as topical applications, oral medications, and supplements. In our last post, we discussed one of these latter hair loss prevention options: finasteride, more commonly known as Propecia® and Proscar®. In this post, we will address one of its cousins – dutasteride – as an alternative to slow the progression of hair loss.

Like finasteride, dutasteride (commonly known under its brand name Avodart) is a type of medication known as a DHT-blocker which inhibits the body’s production of dihydrotestosterone (DHT), a known contributor to pattern baldness in men. Typically, due to genetics or other hormonal changes, hair follicles develop a sensitivity to DHT and begin to miniaturize. As a result, the hair growth cycle is shortened and eventually, new hair stops growing. As such, individuals with higher DHT levels may be more prone to hair loss.

While both finasteride and dutasteride are now prescribed to address hair loss, they were both initially approved by the U.S. Food and Drug Administration as a treatment for enlarged prostates and benign prostatic hyperplasia (BPH). While the FDA ultimately approved finasteride for use as a male pattern baldness treatment in 1997, dutasteride has yet to receive such approval. But that may come soon.

Dutasteride not only is effective at slowing hair loss, but it may also be better at promoting hair growth. A 2006 study of 416 men between 21 and 45 years-old found that over a 12-24-week period, dutasteride produced better hair count results than finasteride.

Since finasteride has been around longer than dutasteride, it has been more extensively studied. But as they are both DHT-blockers, many of the possible side effects (which only appear in a small minority of men) are similar with both drugs.  Since DHT plays a crucial role in male sexual development and mood regulation, reducing the amount of it in the body can impact these aspects of a man’s life in unwanted ways and cause:

If any issues do develop with sexual functioning, they are almost always temporary and will return to normal after discontinuing the drug.

Is Dutasteride Right For Me?

Since it has yet to receive FDA approval as a treatment for pattern baldness, prescriptions of dutasteride for that purpose are made “off-label,” which is a common practice. That said, this potent medication may not be the best or first option for the treatment of your condition. The more established and tested finasteride may be an equally practical choice. You should discuss with your hair loss physician whether DHT blockers or other pharmaceutical treatments offer the best chances of success for treating your hair loss.