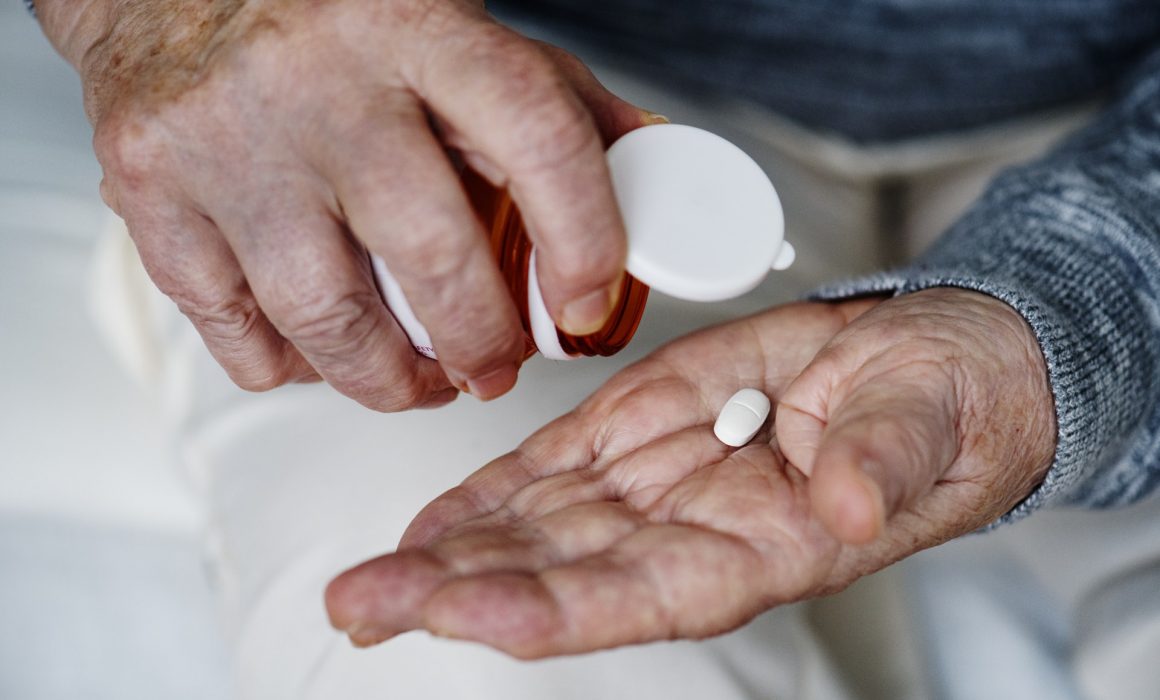 There are many roads you can travel to reach your hair restoration destination. Which path offers the best way to restoring your hair to its full, youthful look will depend on your specific condition as determined by an experienced hair loss physician. It may involve hair transplant surgery, low-level laser therapy, or cutting-edge treatments such as platelet-rich plasma therapy and stem-cell hair growth.

But many patients who want to stop their hair loss and regrow the hair that has vanished can get outstanding results with prescription medication. Since Minoxidil, more commonly known as Rogaine®, was approved for the treatment of hair loss in the 1980s, pharmaceutical options for the treatment of pattern baldness in men and women have expanded, offering patients non-surgical avenues to address their hair loss issues.

Here are the most popular and commonly prescribed pharmaceutical hair loss treatments in 2019:

The granddaddy of hair loss medications, Minoxidil works by converting vellus hairs –  short, fine body hairs –  to terminal hairs, which are fully developed “regular” hairs. This not only increases the size of hair follicles that have been affected by pattern baldness but also extends the growth phase of the growth cycle, resulting in thicker hair.

Minoxidil is typically applied topically to the scalp once or twice each day depending on the patient’s condition and the doctor’s recommendation. Application is easily done at home.

Minoxidil is not a cure for baldness. Rather, its real benefits are stopping or slowing down hair loss.

Finasteride’s appeal is its effectiveness at maintaining existing hair for men with pattern baldness. 83% of men studied retained their original follicle count, and 64% experienced re-growth after two years.

Finasteride drugs like Propecia keep hair from shedding by inhibiting the body’s production of dihydrotestosterone (DHT), a naturally occurring derivative of testosterone. While DHT assists with sexual development in males during fetal development and puberty, research has also linked it to hair loss. Typically, due to genetics or other hormonal changes, hair follicles develop a sensitivity to DHT and begin to miniaturize. This process shortens the hair growth cycle and eventually causes new hair to stop growing. As such, individuals with elevated DHT levels may be more prone to hair loss.

Reducing DHT levels is what makes DHT blockers such as Propecia and Proscar so effective. Some studies have shown that Propecia can lower DHT levels by as much as 70%.

It is critical to note that because finasteride and DHT blockers like Propecia affect the hormone system, pregnant women or women who may become pregnant should not handle the medication as it may increase the risk of birth defects in male babies.

Like finasteride, dutasteride is a DHT-blocker. While the FDA ultimately approved finasteride in 1997 for the treatment of male pattern baldness, dutasteride has yet to receive such approval. But that may come soon.

The lack of FDA approval of dutasteride for hair loss treatment belies the fact that it works really well as a DHT blocker, meaning it may be equally effective at slowing the progression of pattern baldness. One study found that dutasteride blocked 98.4% +/- 1.2% of DHT at a 5mg daily dose, compared to 70.8 +/- 18.3% with the same amount of finasteride.

Dutasteride not only is effective at slowing hair loss, but it may also be better at promoting hair growth. A 2006 study of 416 men between 21 and 45 years-old found that over a 12-24-week period, dutasteride produced better hair count results than finasteride.

Approved by the FDA to treat fluid retention caused by a range of conditions such as Iiver disease and kidney disease, spironolactone is also used to treat other ailments beyond its approved use, including the treatment of high blood pressure, heart failure, and hyperaldosteronism. In recent years, physicians have added female pattern hair loss to this list of “off-label” uses for spironolactone, usually after other medications or treatments haven’t worked for a patient.

Spironolactone is an “aldosterone receptor antagonist.” The “antagonist” part refers to the medication’s effectiveness at slowing down and reducing the body’s production of androgens. These male sex hormones, also found in women, are associated with hair loss caused by androgenetic alopecia. Reducing androgen levels can stop the progression of hair loss and even can encourage hair regrowth.

If you’re ready to do something about your thinning hair and want to learn whether medication offers a viable solution for restoring your hair, contact the Miami Hair & Skin Institute online or call our office directly at 305-925-0222 to receive a personalized evaluation and treatment plan.