Hairlines and Heart Health: Is Hair Loss a Sign of Heart Disease? 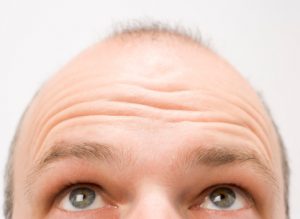 Physicians now warn patients to be increasingly wary of the signs of aging. The notion that people “look old because they’re getting old” is misguided, and a new study conducted by the University of Copenhagen in Denmark has found several ties between visible signs of aging and heart disease.

The new findings were presented to more than 17,000 health professionals at Scientific Sessions 2012, the American Heart Association’s largest gathering of scientists and healthcare professionals devoted to the study of cardiovascular health. Anne Tybjaerg-Hansen, senior study author for the University’s research initiative, warns that the study “shows that aging signs may mark poor cardiovascular health and therefore validates the prognostic importance of a very simple clinical exam,” (i).

According to the study, the following signs were most strongly correlated with increased risk of heart attack and heart disease:

More Details on This Study

Not surprisingly, over 30% of the individuals who participated in the study exhibited earlobe creases, a trait that has long been correlated with increased risk of heart attack and cardiovascular disease (ii). It is important to note, however, that creases in the earlobes have never been labeled a cause for heart issues. Creases are more common among older men and women who may suffer with heart disease, along with many other illnesses, for a variety of different reasons.

What did surprise researchers, however, was the vast population of participants who exhibited signs of hair loss. With 7,537 showing signs of hairline recession and 3,938 showing thinning or balding at the crown of the head, the prevalence of hair loss among those with a greater risk of developing a heart condition is striking. Like the correlation between earlobe creases and heart disease, however, there is no substantial evidence to show that hair loss causes heart disease. Demonstrating causation between hair loss and heart health, according to Ms. Tybjaerg-Hansen, will require additional follow-up studies.

This health report has been produced by the Hair Transplant Institute of Miami. For additional information on our Institute, including hair loss evaluation and consultation services, please contact our office directly at 1-877-443-9070.

Sources for this article include: