Does Finasteride Cause Cancer? 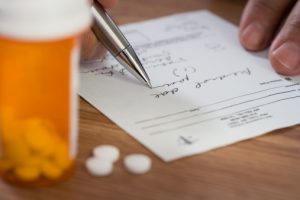 Physicians have long prescribed Finasteride, and in some cases Dutasteride, to treat symptoms of enlarged prostate in men, or benign prostatic hypertrophy (BPH). As a 5-alpha reductase inhibitor, the medicine also helped to cease hair loss in subjects by warding off the chemical reaction that researchers believe causes hair follicles to stop producing hair. However, post-marketing data demonstrated some risk. Specifically, rare reports indicated that male breast cancer were a side effect of Finasteride treatment. For this reason, among others, Finasteride was considered dangerous to prescribe to women. Today, most hair transplant surgeons still steer women clear of Finasteride medication, recommending alternative surgical and non-surgical treatments for hair loss.

Study Finds No Link Between Finasteride and Breast Cancer

A new study published in the May 2013 Journal of Urology has men who take Finasteride breathing a long anticipated sigh of relief. According to the study, there appears to be no link between the onset of breast cancer and 5-alpha reductase inhibitors, like Finasteride (Propecia®).

The finding is the result of over 10 years of study, during which researchers identified 339 men ages 40-85 who had breast cancer. Approximately 20 controls were identified per subject, amounting to more than 6,500 total. Using those controls, researchers were able to calculate the rate ratio for male breast cancer during regular exposure to 5-alpha reductase inhibitors using conditional logistic regression.

Summarizing the results of the landmark study, researchers report, “No statistically significant associations were observed between 5-alpha reductase inhibitors and breast cancer.”

Side Effects of Finasteride

Notably, Finasteride side effects tend to fade and disappear entirely once the drug is no longer taken. In a 2012 study, researchers at Johns Hopkins University found that the negative side effects of Finasteride might persist long after use is discontinued. That study was conducted with Propecia®, specifically, and it is important to note that the sample size was very small, consisting of fewer than 100 subjects. Follow-up studies are needed to assess the danger of long-term side effects.

For more information, readers are invited to visit our What is Finasteride reference.