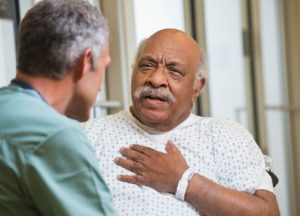 A new study released by the University of Tokyo has physicians warning middle-aged men to pay close attention to their hair and cardiovascular health. According to the study, men who suffer with pattern baldness are more likely to develop other serious cardiovascular health problems than men who do not exhibit visible signs of hair loss.

Male pattern baldness progresses in a somewhat predictable pattern, most commonly characterized by the Norwood Classification. Norwood Classification identifies men as being in 1 of 7 stages, depending on the hair loss they exhibit in each area of the scalp. In the first few stages, hair loss occurs along the frontal hairline and side temporal regions. As baldness progresses, men begin to lose hair at the top rear of the scalp, in a region of the head called the crown.

After studying nearly 37,000 men, the research team at the University of Tokyo found a convincing correlation between hair loss and heart health. Specifically, men who suffer with pattern baldness might be 50-60% more likely to develop a coronary heart condition compared to men who have their hair (i). The team of Japanese researchers leading the study made another significant discovery, however: The more prominent the hair loss, the greater the chance of developing a heart condition later in life.

The study produced the following results that illustrate how the risk of developing cardiovascular disease may increase as pattern baldness progresses (ii):

1. Men who experience hair loss at the crown of the head only may be up to 52% more likely to develop coronary artery disease.

2. Men who experience hair loss at both the crown of the head and the frontal hairline/ temporal region may be up t0 69% more likely to develop the condition.

Commenting on the results of the study, lead researcher Dr. Tomohide Yamada explains, “Cardiovascular risk factors should be assessed carefully in men with vertex baldness and they should be encouraged to improve their cardiovascular risk profile,” (iii).

The Hidden Link Between Heart Health and Hair Loss

In the wake of these findings, both health experts and men who suffer with pattern baldness are left to wonder just how hair loss and heart health are related. After all, the study conducted by Dr. Yamada’s team merely shows the existence of a correlation. Although the study was successful in showing that heart disease is more common in men with pattern baldness, it does not provide evidence that heart disease causes hair loss (or vice versa).

Some researchers believe that both hair and heart share a common enemy: DHT. A special form of synthesized testosterone, DHT is known to penetrate the hair follicles on the scalp and cause them to shrink. In some cases, pattern baldness occurs once the follicle becomes unable to support the natural growth cycle of hair. For these same men, increased levels of DHT may also harden artery walls, causing a corresponding increase in blood pressure.

2. Pattern Baldness is a Symptom of Heart Disease

Others believe that pattern baldness is simply a visible sign of heart disease. To understand why, researchers point to the way in which heart disease makes it more difficult for the heart to effectively pump oxygenated blood and nutrients throughout the body. This leads to poor circulation, with the body’s extremities receiving less blood than normal. In the scalp, a decrease in oxygen and nutrient delivery may make it increasingly difficult for follicles to support natural hair growth. As heart disease worsens, so too may the progression of hair loss.

Whether considering hair transplant surgery or simply concerned with overall health and well-being, men of all ages are wise to consult a physician as soon as visible signs of hair loss become noticeable. Early detection empowers patients not only to pursue more effective hair restoration procedures, but it may also provide a much needed warning that serious lifestyle changes are needed to prevent cardiovascular disease from becoming life threatening.