A Decade in Review: Exciting Achievements in Hair Loss Research 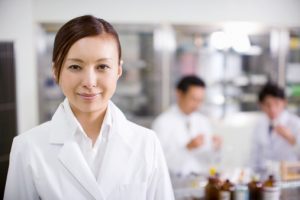 The past decade has seen a number of exciting discoveries that have led to a fuller and richer understanding of hair loss. And while the availability of a hair loss cure is still many years away, physicians and patients alike are excited with these recent achievements in the study of hair growth, loss, and replacement.

Certainly, there are far too many hypotheses, studies, and research initiatives to list in a single health report. Even greater are the number of studies that are currently underway, the outcomes of which will remain largely unknown until each study is concluded, analyzed, re-tested, and published.  Nevertheless, we would like to take a moment to highlight a few of the decade’s most exciting achievements in hair loss research.

We invite our readers to browse the studies below and follow the Read More link for the original full-coverage reports, previously published on the Miami Hair Blog.

The first researcher to theorize about vitamin D’s role in promoting normal hair growth was Mark Haussler, a University of Arizona College of Medicine professor. In 1969, Mr. Haussler explained that the vitamin D receptor in hair follicles is “crucial for the generation of hair,” (i).

Nearly 3 decades later, American culture was swept by a catchy advertising campaign that spread awareness for vitamin D, calcium, and osteoporosis prevention. With the help of A-list celebrity endorsements and clever advertising language, the Got Milk? campaign successfully penetrated the minds of America’s youth, reminding them that milk is a fundamental part of healthy bone development.

Unfortunately, the link between hair health and vitamin D was never part of the advertising campaign and received little notice from mainstream media. Until now.

The idea that body health is holistic in nature is nothing new. Anyone who has experienced a common cold shortly after a time of great stress is well attuned to the concept that mental, emotion, and physical health are interrelated. The aforementioned example illustrates how emotional health can affect physical health, as stress (an emotional state) may lead to the breakdown and impairment of the immune system (a physical system), resulting in a cold.

In this way, health professionals believe that a specific illness may manifest itself in a number of different ways. Most recently, researchers have found that hair loss could be an outward-sign of serious cardiovascular issues.

Read More: Is Hair Loss a Sign of Heart Disease?

Treatment for Individuals with Alopecia Areata is ‘Favorable’

In Japan, researchers at the Tokyo Medical University have released new research indicating that individuals with alopecia areata have a ‘favorable’ prognosis across a variety of different treatment options. Researchers evaluated 1,030 patients for a 3-year period, taking note of the severity, improvement, and cure rate of the hair loss. At the end of the study, the research team found that patients who exhibited regeneration of vellus hairs also showed a significantly higher improvement in the reversal of general alopecia areata symptoms.

According to lead-researcher Dr. Masaki Uchiyama, M.D., the study provides strong evidence that the course of treatment for the patients did not have a “statistically significant influence” on the regeneration of their body hair (ii).

Read More: Treatment for Individuals with Alopecia Areata is Promising.

Connect with the Hair Transplant Institute

Sources for this hair loss research report include: